A downloadable game for Windows, macOS, and Linux

Prepare for an eerie atmospheric story filled with the winter chill.

Raised by the nuns inside the monastery's walls, Nellie grew up being a dreamer who loves reading old books. She feels like her beloved legends are trying to warn her about the return of an ancient murderous monster. Will she be able to save the people she cares about when they say that monsters aren't real?

The story takes place in a fictional world resembling Middle Ages Europe with the religion being close to Christianity.

Hidden deep in a snowy forest lies a secluded Weissfield Monastery. Said monastery shares the name with a nearby village, which, in turn, was named after it's founders - the Weissfield family, whose descendants still rule the village. 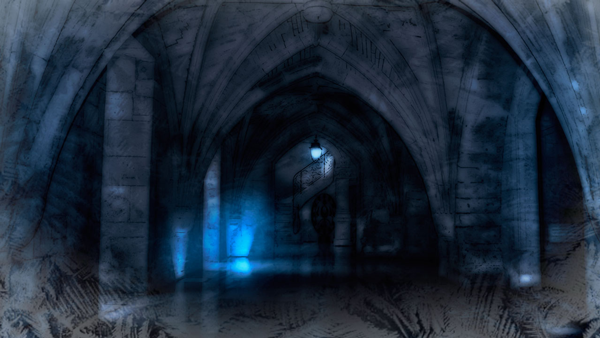 The protagonist and the narrator of the story. A 16 years old novice in Weissfield Monastery. A bookworm and a daydreamer, she is very curious and gets swept away in fantasies easily. Nellie is brave and loyal, and would do anything in order to protect the people she loves.

Nellie's best friend and a fellow novice. Being 2 years older than Nellie, Cybill is more mature and, at the same time, more rebellious. 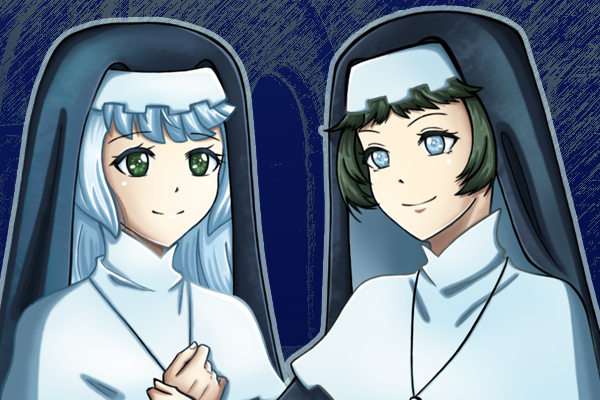 Smart, serious and beautiful, this lady is respected by many nuns and the chief of Weissfield village himself. If only she wasn't so scary when she loses her temper...

This woman loves fancy things and teasing people. Maybe she is a little eccentric for a nun, but Sister Monica's cooking is so good that everyone overlooks her odd behaviour. 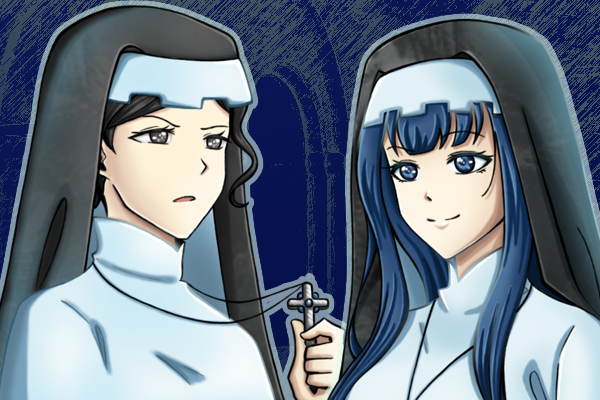 The son and the heir of the village chief. He has romantic feelings for Nellie and shares her fondness of legends. 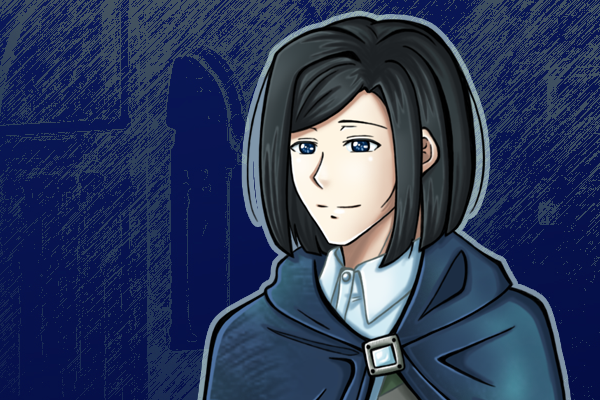 P.S. There's also a mini-artbook for anyone who donates $2 or more, which includes high resolution versions of the main poster and 48-pages booklet (contains sprite/CG artwork from VN and concept sketches). Warning! Some CGs depict blood, violence and death.

"The Snowdrop Diaries" is NOT a cute story with a happy ending.
It's an attempt to write a (hopefully atmospheric) tragic gothic story. Think of Walpole's "The Castle of Otranto" or Lewis' "The Monk".
While our story is not as dark as "The Monk", the content still can be disturbing for some people, so here is a full list of warnings (contains spoilers).

Aside the stunning realisation, I found it weird that Sibyl could say "I'm glad she is dead" or that she might have stunned Monica so easely without prior training ; you can have dillusion about expression and tone of voice and action ; but as for the actual voice ? I think it's kinda hard to justify.

Although sure, dillusion can justify anything ^^'

Thank you for reading the visual novel ^^

As for the things you have mentioned:

1. During the <spoiler> scene Cybill was hysterical and scared, so she tried to mask how she truly felt by saying mean words and by laughing.

2. All Cybill did in this scene was pushing Monica away. As a result, Monica lost her balance and fell.

Ha guess it makes sense - I get your point and objective there.

...Guess I'm a bit dejected. I wish I could have the option to spare Cybill which I got attached to ! :<

Excellent from start to finish, with a consistent internal mythos and characterization throughout~ I'm excited to see what games y'all make after this too AwA

Thank you very much for checking out "The Snowdrop Diaries"! I'm glad you enjoyed it.

Nellie is sooo purely naive, must protect, and Cybil was strong. I love their chemistry. The transition from a scene to another was very good. Unfortunately it's a little heavy for low end computer at the title screen and on diary writing part.

The Monster is starting to become more and more obscure, is it real or are the monster are humans all along? If they are, are they're the one outside the monastery or inside the monastery? What is the secret they're hiding??? This is so exciting~

There's so much that could have been for them, if only they understand each others.... The ending was dramatically fit, the snowdrop ends up in a red color.

The Hero becomes the Devil....

Thank you very for your letsplay, Terry! ^^
Yes, if only the characters were more honest with each other, the tragedy could be avoided :(

This looks so good! Sad there isnt a mac version D: 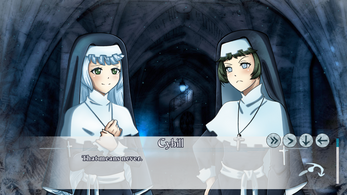 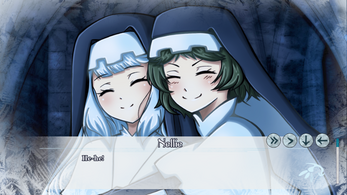 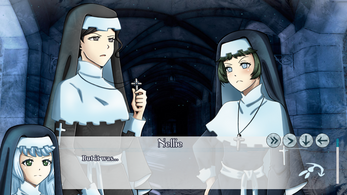 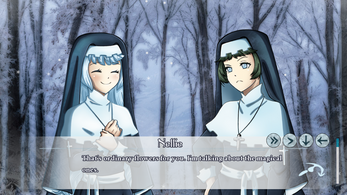 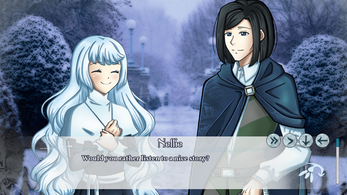 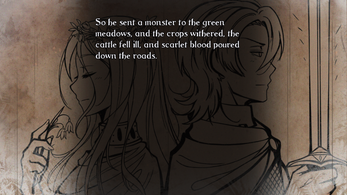 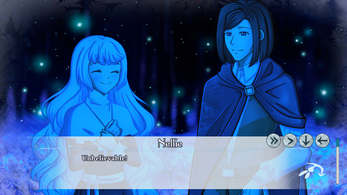 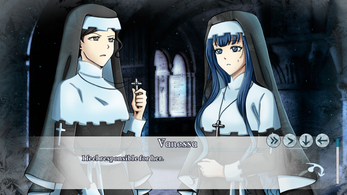 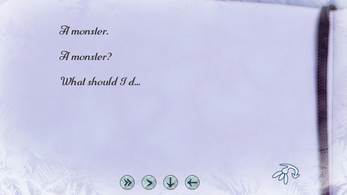 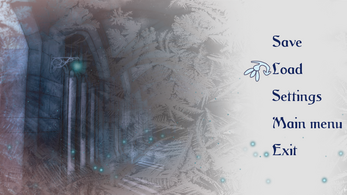